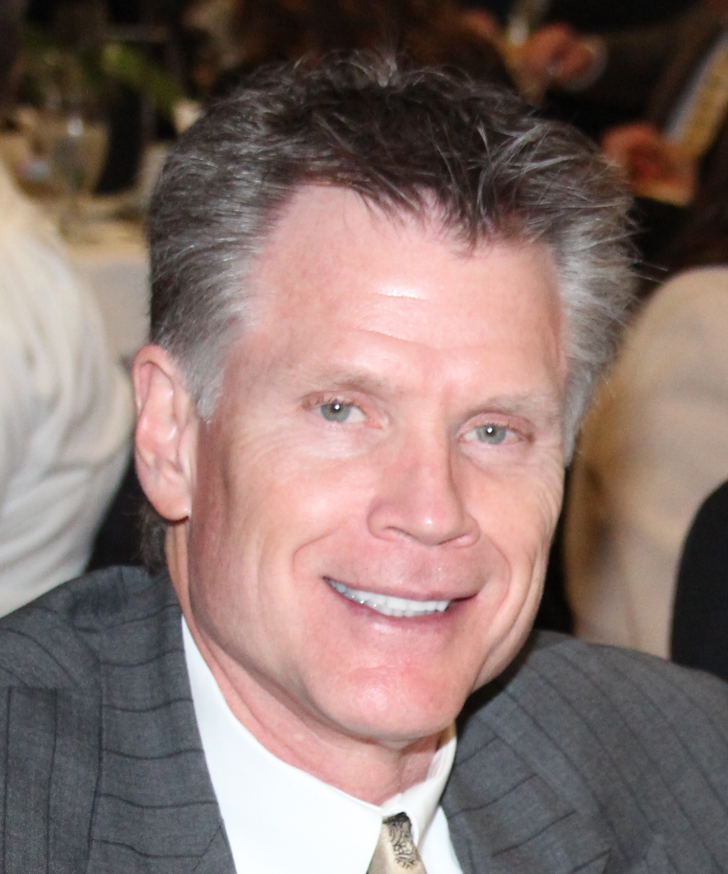 Steven A. Root    is Chief Analytics Officer, and Senior VP of Strategic Initiatives, of AccuWeather, Inc., the fastest growing private weather consulting company in the world. He resides in Edmond, Oklahoma.

For more than 40-years, Steven Root, applying leadership and vision, has pioneered numerous applications of meteorology that have enhanced awareness, application, and demand for all types of weather information by both business and general consumers.

Following his primary passion, Steve has always sought to clarify meteorology for end-users, resulting in benefits for business, government and the public. His clarifications in turn resulted in greater demand for solutions through the application of meteorology, and there have been many noteworthy accomplishments; here are a few:

During the mid-1970’s, advances in computerization and miniaturization gave way to many new consumer devices, such as the hand-held calculator. As a graduate student during this time, Steve pioneered the idea that the same technology could be levered to generate site-specific, real-time personal weather forecasts. His research into weather patterns and identifying accurate analogs yielded a viable weather forecasting technique. However, the electronic blueprint for the device to display the weather information did not exist. Without any previous training, he worked with engineers to design and build such a device, resulting in an operational prototype. In 1980, the United States Patent and Trademark Office granted Steve a patent on this device, but, more impressively, because they considered the device and concept so unique, they created an entirely new patent class to accommodate it. During the following three years, Root met with consumer electronics fabricators, including Radio Shack, Texas Instruments and others, to build this device. Not surprising to those in this business, market studies revealed a consumer acceptance level of more than sixty percent, a metric unheard of at that time. It was only after fabricating teams at these companies failed to achieve their desired retail price levels that product development ceased. Of course, with costs continuing to decline as technology advanced, many companies today offer hand-held or small general consumer items that display local observed and forecasted weather trends.

Undeterred in the value of his efforts, Steve modified his technology from hand-held displays to colored computer images for on-air weather broadcasts. Only those of us over the age of fifty-five remember that television weathercasts then were limited to magnetic “Mr. Sun” and “Mr. Cloud” stickers and grease pens on glass panels. The first computer-generated color weathercasts had few colors, low resolution and, because of limited and expensive memory, did not animate images. In contrast, Steve presented a system that monitored local weather conditions in real-time, applied custom forecasting equations and rendered a specific forecast overlaid across a base graphic of the local metro. This capability was unheard of at the time. While others were focusing on computer hardware and software, Steve focused on the underlying base or core weather. Only during recent years have broadcast systems shifted focus onto more robust databases, longer lead-times in severe weather alerting, and better forecasting. Coincidently, it was during the mid and late eighties at a television station in Salt Lake City that he was able to provide on-air television weathercasts using the same device that he designed, built and sold to major markets across the USA.

Around this same time, the personal computer was just beginning to gain acceptance, causing a dramatic change in the consumer’s information landscape. A simple link between a PC and a modem allowed “info junkies” to download all kinds of data whenever they chose. This was especially true for weather information. Always a forward thinker, Steve adjusted his TV system software to produce a low-cost program to fuel the needs of the ever-increasing number of weather enthusiasts. Soon thereafter, a product review in a major PC magazine read: “Fire Your Local TV Weatherman!”… the revolution had started. These days it’s not surprising that internet weather websites and The Weather Channel do so well!

Lessons learned from his early exposure in the broadcasting and consumer marketplaces led Steve to pursue servicing utility clients with long-range forecasts. To test his theories on using historical analogs, he required large quantities of historical data from many locations across North America. As with his earlier successes, Steve believed solutions to this complex problem might be found within the database itself. Little did he know then but soon came to realize, the raw data itself contained flaws. Weather monitoring programs then did not contain the many quality-screening attributes that networks do today. Lower quality sensors and tele-communication systems, considered adequate at the time created problems within the stored data. Steve also engaged other end-users who reported similar problems. However, these users were not meteorologists, so they were unfamiliar with weather data, its collection methods, formats and data types, etc., and they reported skewed program results after misinterpreting and incorrectly editing the raw data. Steve eventually realized that a QA/QC post-processing system was necessary, and that he and others could benefit from such a system.

Using his design, WeatherBank elected to build such a system. Today, with more than 60 man-years of support and enhancement behind it, WeatherBank has an automated procedure for ingesting, testing, correcting and archiving all publicly available weather data for North America. Containing more than 300 observed and predicted metrics this value-added database has served nearly every energy utility, transportation and retail concern in North America. To service additional demand, a forecast engine was applied to the historical data, rendering a seamless output of past, current and future weather. Countless success stories from end-users after having regressed point-of-sales, energy consumption, fuel usage or other internal, proprietary data against this database prove its benefits. End-users can mine their own solutions to their weather-related problems by extracting the solutions from inside their own data.

As other technologic platforms have emerged, including GPS systems, wireless and high-speed communications, Steve has kept pace, designing new state-of-the-art weather advisory systems that take advantage of geo-spatial location. Location-based and location-aware, an array of services constantly send individualized data and content, updating mobile communications devices, based upon the exact location of the device itself. Weather varies from mile to mile, minute to minute, and publicly available regional forecasts are too general over too large an area to be useful. “Location-based” weather services offer specificity, detail and timeliness unavailable by any other means. These products are, in effect, real-time micro-forecasts, reports targeted to the unique needs of each end-user. Matching high-value content and information with real-time location creates the potential for a vast range of consumer and business services that will force dramatic changes in the way we all live and work. While WeatherBank may not necessarily be the originating source for this micro-weather content, Steve realized that others within the enterprise could be, creating broad new opportunities for the entire industry. These systems have also been patented, with more than twenty-five USA and foreign patents granted and more than forty patents pending.

Mr. Root has earned a BS (1976) and MS (1980) degrees in meteorology from the University of Utah, and is a Certified Consulting Meteorologist, a professional designation from the American Meteorological Society (AMS). In January 2010, the AMS recognized Steve’s achievements by awarding him their Award for the Outstanding Contribution to the Advance of Applied Meteorology, and in 2012, elected Steve AMS Fellow status.

Return to all alumni